Bettong and Buddies is interactive kids theatre featuring Rufous, a young bettong following his dream to become a violinist.

​Along the way, he encounters other creatures in the Australian bush, who teach him and the audience, what it means to be a bettong, and a critical member of his ecosystem.

Join Rufous on his hilarious journey through the South Australian bush and meet his friends along the way. Bettong and Buddies (try saying that fast, kids) is full of surprises. What will you see in the bush? Is that a real Tawny Frogmouth sitting in that tree? What type of snake is curled around that branch over there? What other live wild animals will you see?

Each new animal friend Rufous meets on his adventure gives him a gift which, when put together at the end of the show, forms one very special surprise that will strike a chord!
​
Meet our wild animal actors after the show and have a pat, have a hold, and find out more about our amazing endangered wildlife. The Bettong and Buddies storybook will be available soon to take home and enjoy.

The performance draws from extensive experience in constructing and performing theatre for young audiences, music, improvisation, and environmental education. Bettong and Buddies is performed by experienced theatre actors, supported with on-stage appearances by live animals.  It is DunnART's first full-length theatre-for-young-audiences production, and it will premier during the 2022 Adelaide Fringe Festival.
Enquire Now!
These are just a few of the creatures who the audience will meet along with Rufous the Bettong. These initial illustrations - which inspired research & development, costume & set design, and future educational materials - are by illustrator George G. Aldridge. 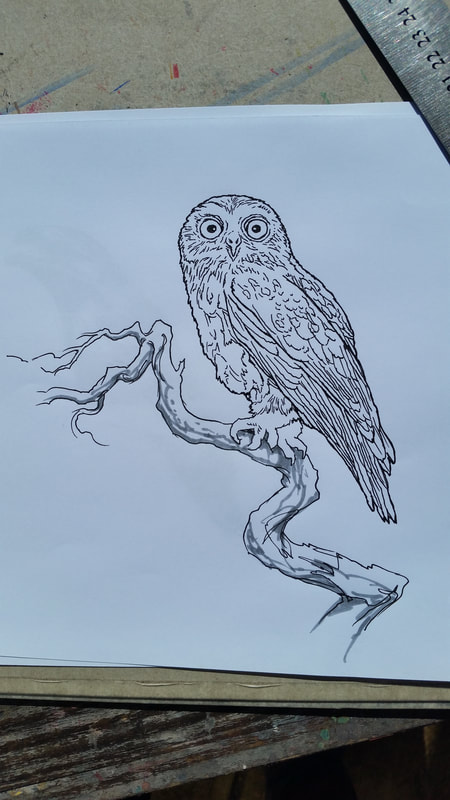 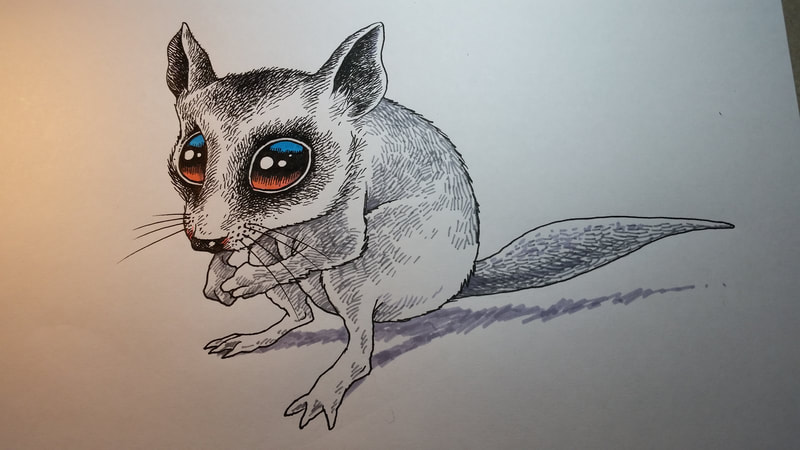 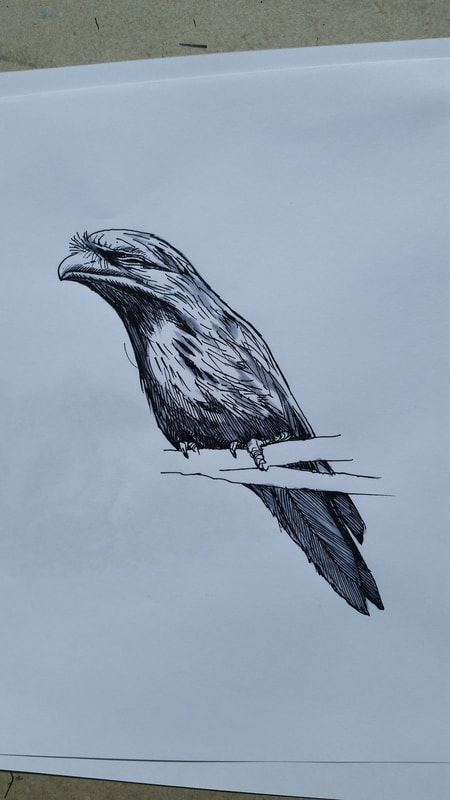 Bettongs and Buddies aims to increase environmental literacy by highlighting Australia’s vulnerable native species and the importance of wildlife conservation. It was developed in close collaboration with wildlife education organization Animals Anonymous, and will be unique in its integration of live native animals both during and after the performance (wherever possible).

Experienced environmental educators pair the show with well-established animal encounter programs. At times even integrating live animals into the performance - such as a Tawny Frogmouth sitting on an actor playing a tree, or a real Rufous Bettong making a cameo appearance alongside our lead performer. Not only is this artistically innovative, but actively gives a voice to voiceless species, by demonstrating to audiences that issues depicted in the performance impact real animals, who they can really meet and make a personal connection to after the show. This will give a more immediate touch to the lessons we want to impart to our audiences nationally.

Bettongs and Buddies enables reaching out to communities, educational organisations, schools, libraries, councils,  and other relevant entities to engage in educating the next generation to understand conservation of indigenous animals and habitats in a fun, interactive and memorable medium through music, theatre, humour, and immersive live performances and presentations. Once this live interactive showcase is successfully developed and workshopped, it will be toured throughout Australia to engage with metropolitan and regional schools and communities.
Discount Code!
Tickets are now LIVE!  Pop your email below, and we'll send you a discount code! (valid for 2021)